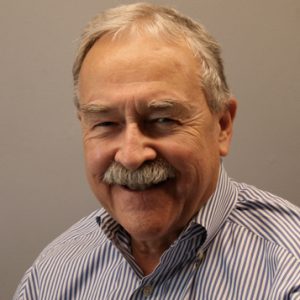 Jack Wolfe has 40 years of general management, marketing and sales, manufacturing, and financial experience in a wide range of industries: process, general industrial, aerospace and defense, medical and instrumentation. He has successfully managed entrepreneurial companies, a group of 6 operating divisions serving diverse markets with over $100 million in sales, and individual divisions as large as $30 million in size, much of which was done with EG&G.  He has been a director of and an investor in 15 different companies, including five publicly traded entities, primarily in the medical field. He has invested in many more. He has also been active in an equal number of non-profit organizations, including service to Bryant University as Chair of the Board of Trustees.  He is currently engaged in business strategy and leadership development consulting for technology companies or organizations, with some focus on higher education (current assignments are at MIT and the University of Michigan), with MOR Associates. He also conducts selected investment banking and advisory activities.

Jack became a full-time entrepreneur by joining Tytronics, a small process analytical instrumentation company, venture funded by EG&G, in 1986.  After both internal growth and acquisitions, the successor company, Metrisa, Inc., was subsequently sold in two parts, laboratory instrumentation in 2001 and process instrumentation in 2003. Earlier, he worked for larger companies such as EG&G, Masoneilan International, Litton Industries and the General Electric Company, as a group, division or manufacturing manager

He completed the 91st Advanced Management Program at the Harvard Business School. Earlier, he received an S.M. from the Massachusetts Institute of Technology as an Alfred P. Sloan Fellow, and a Bachelor of Science (E.E.) from Worcester Polytechnic Institute.  He has also been awarded an Honorary Doctorate of Business Administration from Bryant University.

Jack lives with his wife, Ancelin, in Medfield MA, and enjoys squash, community activities, work and travel. Their 24 year-old daughter, Anne, completed Tufts University in 2013, and is now working there and living in Boston.